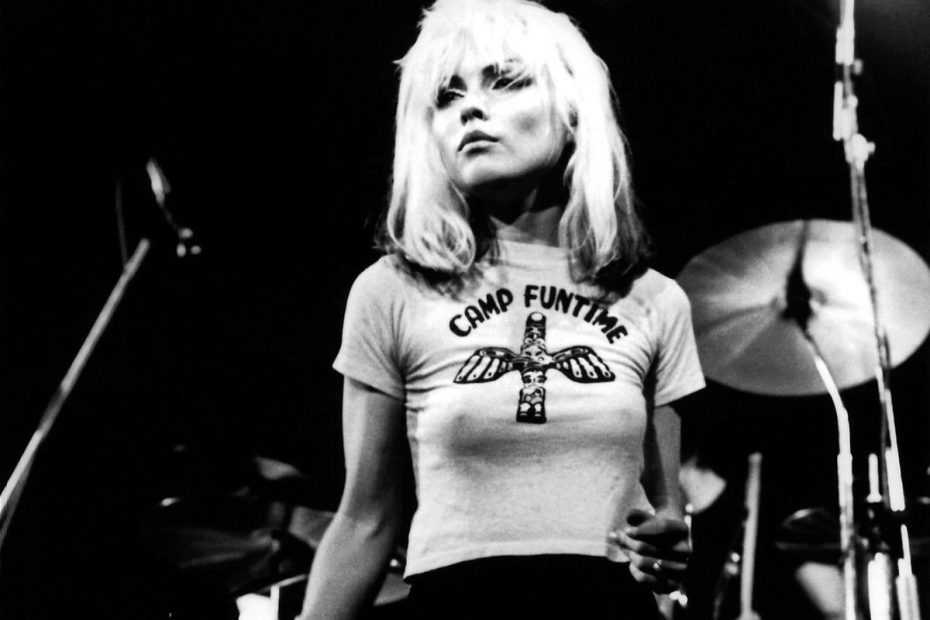 Thoughts on the importance of NOT seeking outside validation.

For my entire life, I’ve loved the band Blondie. Well, ever since the sixth grade, when my parents bought me the soundtrack to the movie American Gigolo. (Which is currently being remade, by the way.) Upon further reflection, this makes me wonder how they explained the meaning behind the word “gigolo” to me as a sixth grader.

Anyhoo, I wore that record OUT!

My life got even better when MTV arrived. Then I saw Blondie all the time—on TV, that is. But, I never had the opportunity to see her live until 30 years later. My boyfriend bought us tickets, and I was over the moon with excitement. Of course, I wanted to look amazing for my date and Blondie. But I figured Blondie wouldn’t be dishing out the compliments, so it was up to my boyfriend.

I bought a killer dress and wore some killer heels. I mean, REALLY, KILLER. They killed my feet, but they looked great!

The dress I bought was a little out of my comfort zone. So were the shoes. I’m not young, although my brain often convinces me I am. The dress was a black lace skin-tight pencil dress, and the shoes were 4-inch gold sparkly strappy sandals. Nevertheless, I thought I looked pretty good. I worried I couldn’t pull it off, but it still felt pretty good.

I realize I’ll never be a size two again as I age. However, I don’t know why I feel like I need to be apologetic about that. It’s life. My eyebrows and my waistline are both disappearing despite my best efforts. I started lifting weights about a year ago, and it’s been a game-changer. But like many people, I’ve always struggled with body confidence. So putting on this “Look at me!” dress pushed me beyond my comfort levels.

Overwhelmed by nerves, I did my best to embrace the “Fake it until you make it!” attitude. You act like you have confidence even when you don’t. It works in most areas of life. You choose to push back against worrying about what people think of you. I tend to judge myself harshly, so I couldn’t wait to emerge from the bathroom and present myself to my guy. I felt like I was going to the prom.

I took a big breath and finally came strutting out of the bathroom. I didn’t say the words “Tah-dah!” but I felt like they were implied. Then…

I kept thinking, Stay cool, Honey bunny. Be patient. He’ll say something to you when you get into the car—still, nothing. We drove to downtown Austin for the concert—he never said a word. We attended the show—he said nothing. I couldn’t for the life of me figure out why he wouldn’t tell me that I looked nice. I mean, I’M NOT WEARING YOGA PANTS FOR ONCE! I figured he would at the very least notice that.

I tried not to get sad over it, but I was sad. After the show, we went to this hip Austin diner and grabbed some food. When we were leaving, he walked in front of me just as the hostess stopped me. He didn’t see that I had stopped when he stepped out the door. The girl, likely in her early twenties, motioned me over to her.

She smiled and said, “I just want to tell you that I think you look beautiful!”

I stood there stunned as the tears suddenly flooded my eyes. I desperately attempted to squeeze them back into my body but maybe the dress really was too tight because forcing them back in wasn’t an easy task.

I thanked her with every bit of gratitude I could muster and stepped outside to the car, and we drove home with me having a little bit of outside validation tucked neatly in my heart.

So in a world where we all know that we should give ourselves the validation we need, do you think there is a time when we should need it from others too?

I’ve learned so much about myself lately. That’s always the case. I’m learning to ask some much more profound questions than I did even five years ago when I went to the concert. I think I’m finally asking the right questions. It’s not about why wouldn’t he tell me that I looked nice. I can’t control him. We can’t control anyone outside of ourselves. The deeper question was, why did I desperately need him to tell me that I looked nice?

Yes, I believe there needs to be some affirmation in any healthy relationship. There’s absolutely nothing wrong with that. Especially if Verbal Affirmation is one of your love languages, and mine is. His is Acts of Service, so for him, buying me tickets to a bucket list concert was his way of loving on me.

The deeper answer I’ve learned is that I wanted outside validation because I think it counts more than my internal validation. There are core wounds in me that say I’m unlovable and not good enough and that somehow that only magically comes from someplace outside of me.

That’s why I thought I might earn a compliment with a side dish of validation if I were young enough, thin enough, or still had eyebrows. I learned early to get the love I needed as a child; I had to meet my parents’ needs. That may have been liking things that they liked, even if I hated those things. I had to be agreeable and pleasing because if I wasn’t, then love was withheld from me. Unfortunately, these patterns from our childhood are so deeply ingrained that we default to these erroneous messages.

According to Wu Wei Wisdom I’ve learned it comes down to three powerful lies. The three lies are that we tend to believe we are unlovable, not good enough, or can’t cope. And it is up to us to reprogram or “reparent” our inner child. We are good enough. We are lovable, unconditionally so. And we can cope. These are core for every single one of us.

I didn’t need to compliment myself. I needed to give myself love and acceptance. And to not look outside of me for validation of that love and value. We are blown about with every wind if it doesn’t come from our center. Instead, nothing can move us if we plant our feet firmly in our own acceptance.

Is it okay to want your guy to compliment you? Hell, yes! In relationships, it makes us feel seen, which is very validating and essential. So these days, when I come out for the “Tah-dah” moment, I say, “Don’t I look nice?” In my very best Susan Sarandon impression from Bull Durham. And he always says that I do. But, the important part is that even if he doesn’t, I’ve already told myself that I do, and more importantly, I choose to believe it. And that’s all I need.

What about when someone is purposefully invalidating you as a method of manipulation and control? Read more about that here.

I want to add the concert was great, and Debbie Harry is the ultimate Betty. She came on stage dressed as a Bee. I can guarantee you that she doesn’t care what people think, and she certainly doesn’t appear to seek outside validation. She’s got that self-love thing down! And damn, she’s still got it. What a great voice!

2 thoughts on “The Validation Situation”